“Listen to your heart.” We spent a few days discussing this oft-spoken mantra in my World Literature course at the university my senior year. At the time we were dissecting Romanticism. I wrote a short paper on the song of the same name made popular by DHT when I was in high school. It’s something we hear so much that it has almost become automatic advice that people give each other – we hear it all the time in movies, particularly the romantic variety, and in music, and plays, and books, and the list goes on.

But is it really sound advice for living? I would argue generally “no.” Not because I’m calloused, but because I’ve learned the hard way through the years that our hearts are often faulty judges of reality. Emotions are inherently good; I believe them to be a gift from God for us to experience life more fully. But like any good thing, too much is still too much. And God also gave us the ability to reason, use logic, and seek wisdom. It’s meant to form a balance in us.

The other day I was having a conversation about grad school and passion with a close friend of mine. When he expressed that he wasn’t sure what he was passionate enough about (within his general field of study, which happens to be music) to want to pursue a further (not to mention expensive and time consuming!) education in, I jokingly asked him, “What does your heart tell you?” He looked at me seriously and said, “My heart doesn’t really talk to me much.” The statement was simple, and it made total sense to him, but it completely threw me for a loop.

What do you mean, your heart doesn’t talk to you? My heart won’t shut up!

Perhaps it’s the difference in male/female wiring, or perhaps it goes deeper than that to our deeply-entrenched-in-the-ideals-of-romanticism culture we’ve grown up around us (thanks a lot, Lord Byron!), but somehow I’ve ended up with a very confused set of tips on how to make sound decisions. Although, thanks to Dr. Webster’s class and the thoughts of other wise people who have been pouring into me over time in recent years, I’ve been able to find better footing. I’m slowly learning not to jump into things just because it “feels” like a good idea. I’m weighing and measuring a lot more, and although this is a good thing overall, I’m worried that I’m becoming a bit too stoic; a little too good at not expressing my feelings because I don’t want to be that unhinged emotional female that gets such a bad rap. Because I’m forcing the head over heart mentality, my feelings are being masked and few people really know my true insides.

I’m still shocked that my friend’s “heart” doesn’t talk – where does he get his emotional insight? What is it like to think through things that come up without the cloudy veil that “heart thinking” causes? I feel like it would be freeing in some ways if I could truly get to that point, but difficult in others.

Again, I think it comes back to finding the balance I was talking about between emotions and logic/reason. Passion for something can live and be developed in the brain, to be sure – some of the most passionate people I know are the way they are with whatever they’re pursuing because they’ve put their minds to those things and pressed forward to achieve excellence. But passion also bubbles up from the heart. I think what we need to do – what I need to do, anyway – is find that place where we can ask our hearts and our brains the same questions and learn to discern where the meeting point between the two is.

In the meantime, I need to ask around and find out how I can train my heart to make its declarations a little more quietly, while still letting it speak. 🙂

We live in such a “microwave” culture that I sometimes wonder how we ever got by before instant gratification took over everything in our lives. When I was a child, things moved more slowly. I remember this, and I remember the wonder as technology and modernity progressed and things suddenly starting showing up at our fingertips in the blink of an eye. Where did this magic come from, I marveled as I sat down at our first Apple computer and sent an email. And we were progressive for having that in our home when we did – it was one of the perks of being raised by a computer nerd when the species was only just evolving. I loved (and still love) being the child of a techie, and in turn becoming a bit of one myself. And I can’t help but love all of the things that technology gives to us – there are so many benefits that come from being instantly gratified when we want something: information, connections with people across the country and around the globe, sharing a plethora of delights, etc.

But there comes a point, and this is where I am today, where you have to stop and wonder what happened to our sense of calm and just letting things unfold naturally? Nobody these days, it seems, is willing to wait and let processes occur organically. Because we’ve become so conditioned to wanting something and having it appear on our screens or phones instantly (or at the very most two days later via express shipping to our doorsteps), waiting for things to unfold languidly and beautifully is almost as absurd a request as asking to elect both major presidential candidates and making them work together (and that will be my only political commentary here folks!).

I’m in the process of developing a business. While this isn’t the time or place to divulge more on the specifics of that project, the fact that I am working on this is what sparked this post. I get so excited about it at times that I just want to jump forward and have everything going, yet at the same time the project is still so undefined and just starting to grow and develop. I have to remind myself that this part of the process is just as important and beautiful as the part in the future when everything is working. You can’t send your infant straight to college. She won’t flourish if she’s not prepared. Just as children need time to grow, so do other things.

Things take time. Well, good things take time. And while it’s nice sometimes to have our whims dropped in our laps instantly, often whatever it is we want isn’t really as satisfying when it’s handed to us as opposed to when we have to go through the struggle of waiting. “Patience produces character.” (Romans 5:4 NCV) I want to be a person of patience and character, producing good work, not by pushing but by persevering.

I vote that we spend more of our days operating on “Island Time.” I want to enjoy the peace that comes from allowing things to unfold – naturally, organically, in their own time. Rushing the process often leads to messes we have to clean up later, and frankly, I’d rather enjoy my moments instead of doing unnecessary mopping. 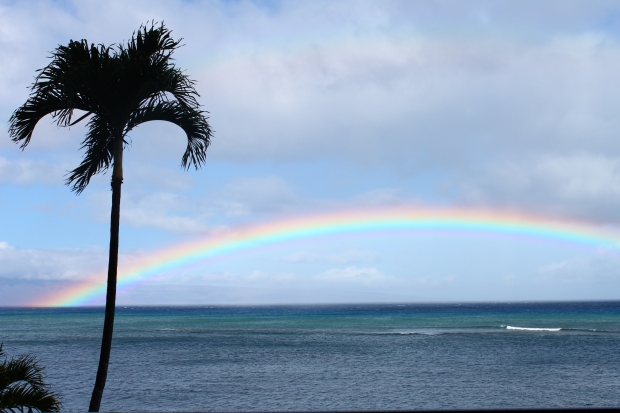